For those who are looking for an upscale night out in Bangkok that doesn’t involve the rambunctious scenery of Khao San Road, look no further! Bangkok is filled with swanky bars for those who have a little bit more to spend. Some of the best mixologists reside in Thailand’s largest city, so you’ll have no problem finding a drink that makes you content.

The best upscale bars in Bangkok are

Many travelers regard Khao San as the center of Bangkok, which couldn’t be further from the truth. There is a reason the MTR and BTS don’t take you to the area. Khao San was only recently developed as a tourist district in what was originally a poor and somewhat gentrified part of town. The real (hip) Bangkok is spread throughout the massive city.

Iron Fairies is a two-level bar tucked away off a busy street in Thong Lor. From the moment you walk into this dimly lit bar, it is easy to see why so many people come here. The steampunk aesthetic is complemented by the gypsy-like tincture bottles that line the entire bar. The place is supposed to resemble an ironsmith’s workshop and certainly does when you’re told this fun fact.

However, as most people have never been into an ironsmith’s workshop, it isn’t their first guess. You can order a few different food items here, but your chances of landing a table drastically decrease as the time passes. There is occupancy in this bar for only 50 people (and even that is pushing it) so make sure you come when they have an open table.

Salon Du Japonisant opened its doors in a different manner than most other Bangkok bars. A Japanese whiskey and sake importing company decided they would turn their alcohol showroom into a public space. The showroom-feel is abundantly clear when you recognize how many choices they have.

One of the most charming appeals of this little hideaway bar is their complete and total rejection of bar stools. Instead, armchairs that your grandpa would love line the bar at Salon Du Japonisant. The mixologist (I’m pretty he’s sure the only bartender) applies Japanese traditions, styles, and flavors to everything he creates. For those of us who are not from Japan, this is beyond exciting.

Havana Social is one of the coolest bars in Bangkok. There aren’t many speakeasies (accessible to tourists) in Thailand and this one takes the cake. The hidden entrance is behind a vintage telephone booth. When you enter the booth, you need to type a specific set of digits into the phone. Once the code has been successfully entered, the other side of the booth will open up into the bar.

The motif of this bar is centered around Cuban style (obviously – hence the name). From the decorations to the music to the salsa dancing in the middle of the bar, everything about this place screams Havana.

This speakeasy truly pays attention to tiny details. I’ve heard many Havana Social attendees rave that the bathroom is an art installation in and of itself. The owners have even installed a cigar bar on the top floor to complete the feel.

This hidden bar serves incredible drinks, but many aren’t able to afford a night out here. If you wish to have access to a table, it is reserved for those who are willing to buy an entire bottle of alcohol. If you don’t purchase bottle service, you can saunter around the dance floor. However, many note that the area is quite small so expect to be cozy.

Brown Sugar is a stone’s throw away from Khao San Road but without all the buckets of liquor, nitrous balloons, and men screaming the words ‘ping pong show!?’ at you. In summation – it’s much nicer. Brown Sugar also goes by the name ‘The Jazz Boutique’. When you first walk in, it’s difficult to understand why.

As the hostess leads you down a long walk to the real bar, you’ll soon be overcome with great music, cool lights, and an insatiable urge to take a picture. In 1997, Newsweek Magazine called Brown Sugar one of the best bars in the world. Outside the doors, Thailand has changed drastically since 1997. Inside Brown Sugar’s doors, almost nothing has changed since then.

Brown Sugar tends to be more expensive than the standard Khao San Road jaunt, however, the title of this article is ‘Best Upscale Bars in Bangkok’ so what the heck were you expecting? Read something else if you want cheap!

Tropic City has been featured in the news almost every month since it opened. This tropical-themed bar opened it’s doors in 2018 and is still insanely crowded every weekend. If you want to visit this bar on a Friday or Saturday night, you’ll need to book a table well in advance.

If you’re looking to visit when the bar is less crowded, check it out during the weekdays and you’ll find an atmosphere that is catered to those who wish for a relaxing midday lounge. They have outdoor seating, too.

Many people speak highly of their creative cocktails, but for most, the appeal is the decoration. The aptly named, Tropic City, is meant to feel like a tropic paradise in the middle of the hustle and bustle of Bangkok. The atmosphere has been described as ‘self-aware tropical kitsch’ and people seem to love it.

It is only 15 minutes before the sun disappears that alcohol is available at Bangkok bars. There is a bum rush of orders being placed at the exact moment the law ceases to be applicable. If you visit here and want to enjoy your drink, tell your waiter you’d like to pre-order your drink 3-5 minutes early and you’ll be the first cocktail served.

The views are incredible here, no matter the time of day. Wat Arun is also referred to as Temple of the Rising Dawn because it is the first thing that Siam’s old leader saw when he escaped from wartorn Ayutthaya. He saw the temple and knew Bangkok would be the country’s new home. I also recommend trying their chili popcorn – it’s delicious.

Cru Champagne Bar might be the swankiest bar in Bangkok. There are tons of sophisticated drinks available at rather sophisticated prices. A cocktail here costs about 1000 Baht (or $33 USD). Most people who visit say that it’s worth every Baht.

The view alone is magnanimous. Cru Champagne Bar sits on the top of Red Sky Bar on the 55th story of the Centara Grand Bangkok Hotel. At night, you can see a 360-degree view of the entire city that is unparalleled throughout Thailand. Many patrons call it the ‘best urban view in Southeast Asia’. We are inclined to agree with them.

Drink (and eat) at Err. Trust me. I will leave it at that.

All in all, you don’t have to look for to find a great bar in Bangkok. Some say there is a law of diminishing returns when it comes to great urban bars. However, for those that are able to do their research and make educated decisions about their intoxicated adventures in Bangkok – you will be heavily rewarded.

What is the most popular bar district in Bangkok?

The most popular bar district in Bangkok is Khao San Road. The street is closed off to traffic and is packed full every night of the week. You can find everything from scorpions to buckets of liquor on Khao San Road. RCA and Nana Plaza are two other popular spots.

Where is the best food in Bangkok?

The best food in Bangkok can be found at Err. Their Michelin-starred menu is creative and mouth-watering. They offer fried chicken skin, roasted watermelon seeds, and a whole array of interesting and exciting foods that you’ve never tried before. There is a reason this restaurant is so popular. 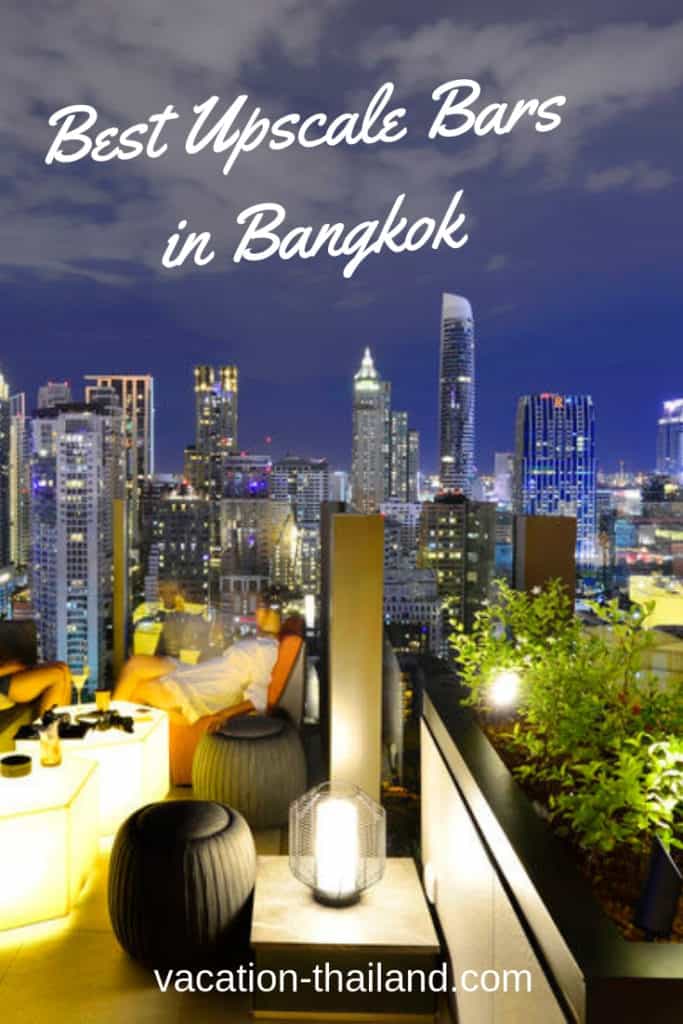