Many tourists who visit Thailand are wary of schemes that might cause them to unjustly lose their money. The reality of the situation is that almost all Thai people are friendly and honest (so you don’t have much to worry about). However, one should always be diligent with their money in any big city.

Even the classification of tourist pricing structure as a ‘scam’ is debatable. It’s still less than you’d pay for the same product or service in Western countries. The odds are in your favor – it’s likely the case that no scam will cause you to lose your newly exchanged Thai Baht.

At many temples and ornate government-owned buildings around the country, you’ll notice a difference between tourist fares and local fares. At first, this might strike you as unfair (maybe even fake). It’s important to remember that you don’t pay taxes in the country. A portion of your salary is not being withheld to help construct these grand temples.

Additionally, tourists typically only visit these establishments once while in Thailand. A Thai family might visit the Reclining Buddha statue or the Grand Temple several times in a year. For locals, these are more than a fun and exciting place to take a new Instagram picture. These temples hold serious and deep meaning to many families.

Outside of temples and tourist attractions, you’ll still encounter a tourist pricing sign juxtaposed right next to the cheaper local cost. The taxation justification applies and is sensical for places like national parks and popular beaches. However, when you notice the same logic is applied at the occasional restaurant or street food vendor, the morals become a bit wonky.

For example, Satay Pork is one of the most commonly sold street food items throughout Thailand. The price for this delicious treat ranges from 10 – 20 Baht (33 cents – 67 cents). If you encounter Satay Pork that is 20 Baht, chances are that the extra cost can be explained by a difference in fat content. Pork with less fat costs more.

However, if you are asked to pay 30 Baht ($1 USD) for a stick of Satay Pork, you’re likely being ‘scammed’. Think carefully about this definition. While some people object to paying higher prices than locals, recognize that 2 of these Satay Pork sticks can easily make one’s stomach full.

Is a $2 dinner worth objecting over? If the price is 1/5th of the American cost, is it really a scam to pay a few pennies more? How you haggle is your business – but recognize the unique privilege you have over a little old lady who works from her heavy cart in the hot sun all day. The amount you argue over won’t make a difference to you, but it could make a difference for her.

There are other situations in which you can be overcharged. If you morally object to this foreigner surcharge, then simply give your business to the street food vendors who advertise their price with a sign. You can guarantee that the price is standard for every patron.

Another place you are likely to be overcharged (or double-charged) is at the various red light district bars (like Nana Plaza or the clubs near Soi Cowboy). These clubs are notorious for sketchy pricing. If you’re overcharged here and upset about it, then good – that’s on you for visiting a brothel disguised as a bar. You have no moral high ground here!

All in all, you might occasionally be put in a situation where you’re asked to pay more than usual. While it is more than usual for a Thai citizen, it is still considerably less than usual for an American or English citizen. This same logic applies for all of the scams listed below. Know your personal limit and don’t feel guilty objecting to a price that makes you feel insulted.

Taxi drivers around the world are notorious for a wide variety of scams. Many argue that this transportation malpractice is what made Uber so successful. If you want to avoid uncertainty in pricing, use Grab (the Asian version of Uber) or take the Metro/SkyTrain.

If rideshare or public transportation option is not available to you, then don’t worry about getting into a taxi in Thailand. The government goes to extreme regulatory lengths to protect the tourists that bring millions to the country every year. These regulations certainly apply to taxi drivers in Thailand.

There is a common misconception about taxi scams in Thailand. Many people are surprised and reluctant to pay the toll for a taxi driver on Thai highways. The meters in the United States have buttons to automatically add a toll surcharge, while the meters in Thailand do not. This is standard practice throughout the country and is not a scam.

The preferred method of transportation in Thailand is actually a tuk-tuk. There are no meters available on tuk-tuks (or motorcycle taxis). In these situations, you need to decide on a price beforehand. Regardless of distance, most tuk-tuk drivers start their negotiating at 200 Baht ($6-7 USD). Generally speaking, you can get most tuk-tuk rides within the city for 100-120 Baht ($3-4 USD).

You are likely to pay more money for the same services in a tourist area like Khao San Road. For example, a bus ticket from Bangkok to Phuket could cost double the standard price if you buy it in a tourist hub. If you buy your ticket directly from the bus station, you can ensure you are paying the regular price.

Tourist hotspots are notorious for hosting hundreds (sometimes thousands) of drunk tourists. This is a scammer’s dream. Beware of pickpocketing in places like Khao San Road as it’s unlikely you’ll ever see your wallet again. Don’t get too intoxicated otherwise, you paint yourself as a tourist.

Any place that has hundreds of tourists also has several tourist police officers. Their presence brings a certain air of safety to the neighborhood.

You could also fall prey to various kickback schemes! If somebody whispers ‘marijuana’ at you while you pass them in the street, be wary. It’s reported on various forums that several people in Khao San Road have been arrested for saying ‘yes’ to these whispers.

After selling you the product, the dealers earn goodwill from the police by pointing you out in a crowd. You are then forced to shell out a pricey bribe. The officer gives a portion of this bribe (and the drugs) back to the dealer who sold to you in the first place.

Hahahaha that’s a scam everywhere. If you fall for a high-pressure pitch on a Thai timeshare from salesmen who don’t speak solid English, that’s on you!

Remember that instances like those mentioned above are few and far between. Most people who visit Thailand have zero encounters with scammers. Don’t let your presence as a foreigner in an unfamiliar land scare you! Thai people are friendly. The country is known as the ‘Land of Smiles’ and for good reason!

Yes, Bangkok is a safe city. Any large city presents dangerous situations if you visit the wrong neighborhoods or behave in unsafe ways. A serious crime like murder is statistically less common in Bangkok than in certain US cities. Pickpocketing is more common, however.

Pattaya is a safe city if you behave yourself. Pattaya is the unofficial capital of Thailand’s sex industry and the Thai government has recently implemented new measures to fight illegal brothel operations in the city. Pattaya is safe for law-abiding citizens, not for those who visit for unethical reasons. 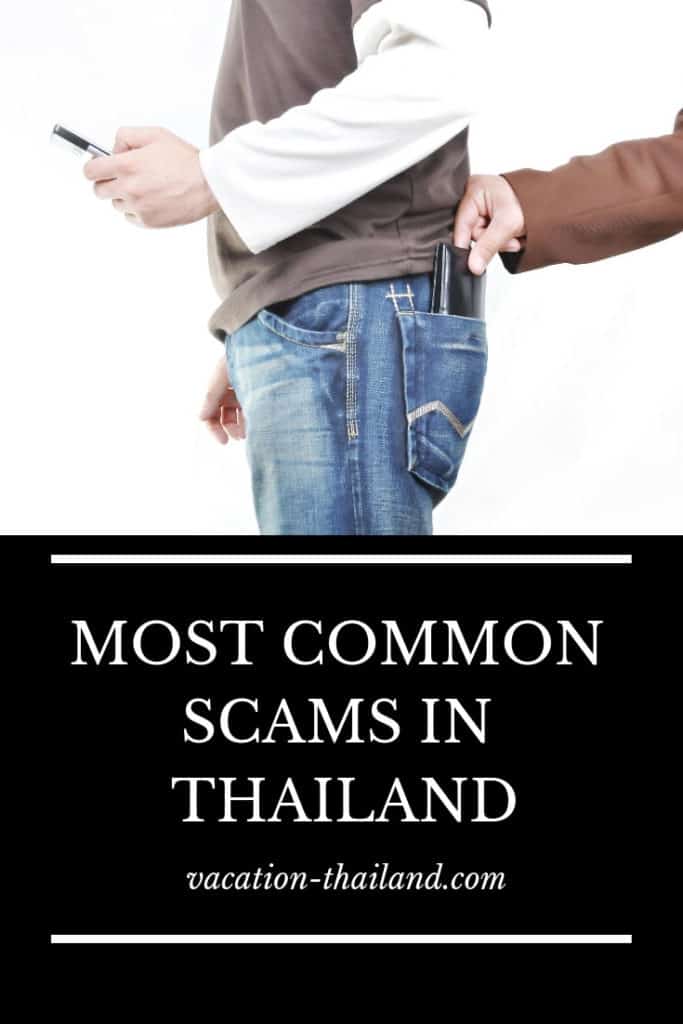